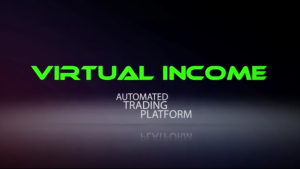 There are too many algorithm bot software being offered today and you must be asking yourself are they legit before signing up. One of the latest releases is the Virtual Income software that is claiming of giving its users an upper hand of gaining profits. Before you fall into the trap of false promises of a huge profit from binary trading, you should be asking is Virtual Income a scam? Every prudent player in this field should be aware of the potential risks of trading their money based on uneducated decision. To help you become more critical about the legitimacy of the Virtual Income software this review will give you some overview to help you decide smartly before signing up.

Is virtual income a scam – Discover the red flags

The virtual income software offers an application that will help traders improve their chance of gaining profits through binary trading. It claims that a player can potentially gain earnings worth $2500 every day. You should ask yourself is this realistic? Of course it is not. Binary trading is highly unpredictable and there is no way one can actually calculate the potential earnings from it. It works like an asset in the financial markets where no system can really guarantee how much to win and lose. The virtual income app certainly contradicts this general rule in trading and is an obvious false marketing hype to entice people from signing up. Moreover, the creator of the app remains anonymous. For someone claiming to have effective binary trading software that truly works its creator should reveal his real identity to add more legitimacy to his claims. It now becomes a big question why the creator of the software chose not to reveal his identity and share his expertise and skills in trading to back up the software performance. This therefore does not discount the possibility that a fake creator is selling off fake software.

Another red flag that a keen observer will find out is the contradiction between the claimed earnings of its users from its testimonial page and the actual existence of the application. Upon verification of the date by which the website was created it reveals that it was only in existence since January 2016. However, from its testimonial page you will find testimonies claiming to have an alleged earning of $300,000 on October 2015 by using the virtual income trading tool when the site and the app are not yet existing. Digging further there are many signs showing that the testimonials are fake. Some people whose testimonials are featured on the site are also the same people featured in the testimonial of other scam sites but with different names. 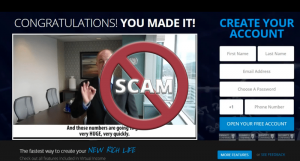 It is quite disturbing to find so many negative feedbacks about the virtual income software. Many claim that they have been scammed out of their money with losses reaching up to more than $1,000 every day. The traders were deceived into placing their trades in exchange of a guaranteed earning of about $10,000 daily. Many were scammed by their failure to take notice of the bogus logo of the Better Business Bureau displayed on the website where the fraudsters claim that every profit of the member is duly audited by this organization. There were too many pop-ups on the site too which the traders claim to be annoying and won’t go away until you provide your email information.

The virtual income site provides a video presentation that features information about the application. Aside from its unrealistic claim of earning more than $2500 a day, the video also presents some information that the owners of the application engage in various financial assets market that include commodities, stocks, Forex and other similar markets and they can assure traders that they will never lose by using the virtual income software. Apparently, they claim that the software works at a fast speed with the ability to analyze the market course and trading that helps it predict the best earnings one can potential gain from his trades. This is difficult to achieve if not impossible because of the volatile market in trading. The above information is simply misleading and is obviously crafted to make the virtual application software enticing to attract traders to sign up.

After giving the software some peculiar attention as to the credibility and legitimacy on its claims regarding how the application works, it is very obvious that the answer to the question is virtual income a scam is in the affirmative. There are too many red flags that can give away obvious hints that this software is not legit. It will always serve the best interest of your finances to steer clear from using this binary trading application because it is obviously a scam.

Is Quick Cash System A Scam

Is Quantum Code A Scam?

Is Drexel Code A Scam?

Is Steal My System A Scam?