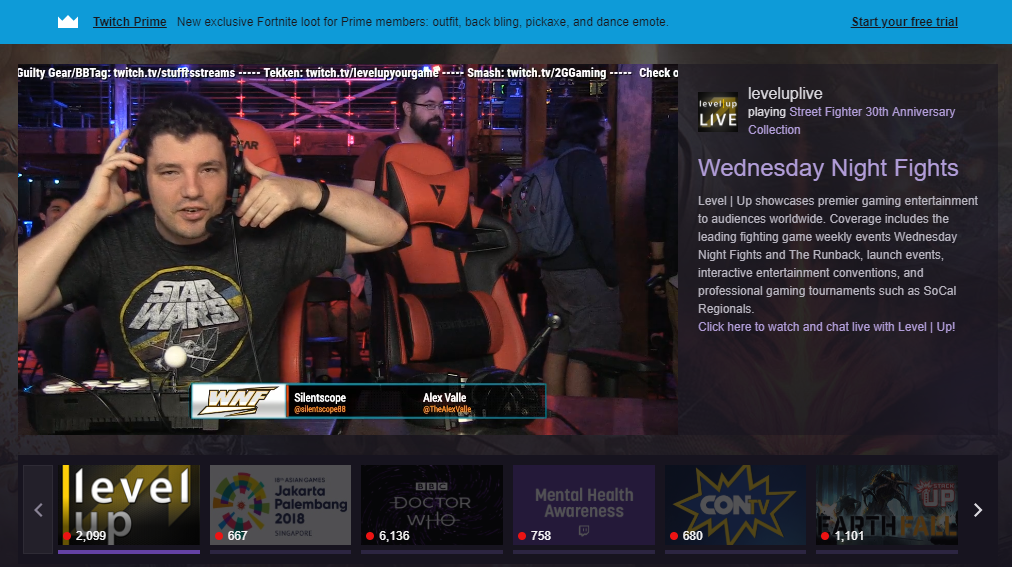 Here comes another revolution in the gaming world where you can potentially earn the extra bucks through video streaming. Gamers can now make money from their passion for playing video games. Twitch introduced a new way of earning money from home through video game streaming. There are different ways possible to make money from video games through the platform of Twitch and a lot has been said about it. But for anyone who might feel skeptical about this and wondering is Twitch a scam? Here’s what we can say about this program.

Twitch is a social video streamer where it hosts a community for video gamers where they can share their content and earn money as an affiliate. Twitch.tv is Amazon owned company that has about 15 million active users daily and 2 million broadcasters. You will find loads of content from the site from live video game streaming, video game tutorials and a lot more about video games. Twitch tops the e-sports video game this year, with other sites like Hitbox, Mixer and YouTube gaming lagging behind. Because of its powerful platform many video gamers find the opportunity to use it to make money.

How to make money with Twitch? 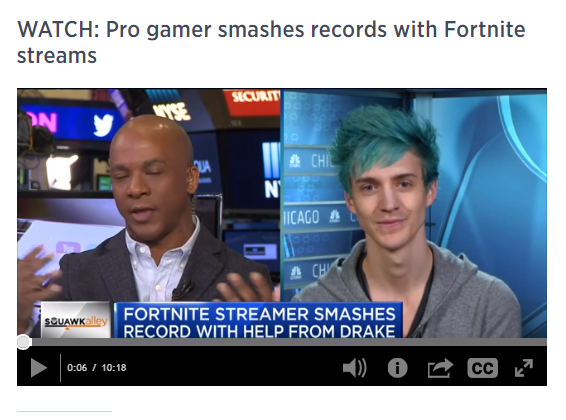 Twitch offers an income opportunity for video gamers to invest on their talents, skills, interests and passion on video games. As a social video platform members can share their contents about video games/gaming and start earning as its affiliate. A member of Twitch known as Ninja declared he earned $500,000 per month from Twitch Prime subscriptions, partnerships, sponsorship and revenues from his videos on YouTube.

He has been doing video streaming since 2008 and was able to build a strong social media exposure and a lot of followers. There is no doubt there is money in video games here.

To be eligible for the affiliate commissions from Twitch social platform you need to sign up for a subscription of $4.99 per month to streamer channel. The fee is shared by Twitch and its affiliate or partner. You need the subscription to be able to use the Twitch social video platform to earn money.

Becoming a member is not that easy. Twitch has to send an email invitation to you if it finds you fit to become its affiliate and qualifies for the program. As a streamer you need to produce content regularly and must be able to build at least 50 followers with an average of 3 viewers in a month. You should have 500 minutes of broadcast or made 7 broadcast days in a month. You will earn Bits for every subscription made to your channel and a share of the earnings from the sale of the games displayed on your channel.

There is better income opportunity if you become a Twitch partner. Its partner program will make you more eligible for additional perks with access to other features like live chat, unique emoticons and exclusive offers in addition to the benefits of becoming its affiliate. By using additional features from the platform you can get more followers to your channel. You can contact Twitch and apply for its partner program and they will review your channel if it qualifies. Twitch partners have at least 500 or so concurrent viewership.

You can also have more income opportunities from Twitch by leveraging on ad revenues. Advertisers can display their ads on your video stream channel and you get a share from its revenues. It works just like YouTube ads and the more followers you have the more advertisers will be interested in showing their ads on your channel.

Streamers from Twitch can land sponsorship and this can make you earn big bucks from big advertisers. Sponsors can cut a one time, monthly or yearly deal which can be a big paycheck for you. However, you can potentially land this level once you have made it through the stage of having thousands to millions of viewers and followers.

Streamers from Twitch who are enjoying income opportunity from sponsorship have been around for many years doing video streaming. You need to invest time, effort and loads of content on your channel before you can start earning thousands from this. But many fared well and even made a career out of live streaming and Twitch is the best platform to leverage on your skills.

What you can get from donations may be insignificant at first but if you collect all donations you get in a month it could translate to income as well. A lot of people find satisfaction of getting all the tips and entertainment they get from a video streamer and donating a dollar for this delighted entertainment makes them happy and this can be a good addition to your income from Twitch.

Makers of video games usually use Twitch as channel for introducing their latest video game to be released in the market. They are willing to pay a Twitch streamer with a lot of followers to play their games to test the market for their new product. This also gives their product good exposure if the streamer has thousands of followers and viewers.

Now that you know how you can potentially earn from Twitch you need to have strategies how to boost your income as a streamer. Twitch is a very flexible platform that gives its members different ways to earn from video streaming. However, the income potential from Twitch is good only if you are able to build many followers and able to make a lot of video game content for your channel. Here are the different options for you to build your social video exposure and get as many followers as you can to qualify for more income opportunities from Twitch.

You can make your Twitch channel popular by speedrunning. Your goal is to finish the entire game in as short time as possible. You play live video games and bring viewers to watch in awe as you finish a game level or the whole game as fast as you can. This can be a good attraction to viewers and you can get more followers along the way.

Live streaming while playing a video game can be a good attraction to potential viewers. Many esports buff are using Twitch so there might be a lot of competition here. But if you think you mastered a particular game you can always have a good chance of competing against seasoned video game streamers. Nothing prevents you from playing live video games so the opportunity to earn is always available for you. 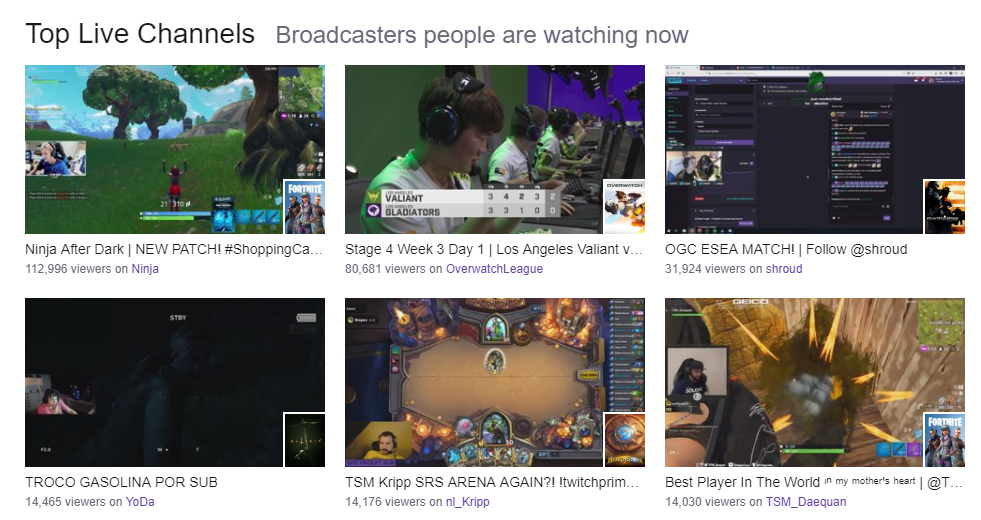 Note: You need good headphones to entertain your followers.

Yes. Twitch also has a casino category in its platform. If you are not really into other video games but with your heart set on casino games you can always shine at Twitch. The Twitch casino has a handful of Russia based streamers and English channels that you can participate in. Many streamers become popular in poker broadcasting from Twitch casinos.

You can earn from playing music at Twitch. Your music performance can be your leverage in gaining more followers if you have the skills in music. You can find celebrities and popular personalities using Twitch stream live music performance. While you think you cannot be a match to them you can always showcase your own talent and get a decent number of viewers that can add to your number of followers.

If you have a broadcasting talent you can always leverage on it to host talk shows on video gaming. A lot of broadcasting personalities like John from TotalBiscuit hosts a commentary game play with half a million of followers. Actually hosting a talk show at Twitch is not only exclusive for video games. There are comedy channels that host talk shows at Twitch. Just make your talk show interactive and interesting and you will surely get followers on the process.

Streaming at Twitch is not limited to video games although it has become popular for its live video streaming. You can use the platform for streaming music from the music category from Twitch. This is best of your passion is directed towards music. You can run a radio style streaming of music that would be a good entertainment for the Twitch community.

Playing cards online can also be a good entertainment and there are streamers who play Magic: The Gathering and broadcasting the game live on Twitch. Magic became popular in the 80’s and there are still many Magic buffs out there that can be your follower. Bring out your card collection and start playing the physical game of Magic while broadcasting it at Twitch.

The IRL category of Twitch allows you to do anything under the sun. Eat, dance, do your homework and anything else. It is the most flexible category in Twitch that allows you to build audience in whatever you do.

There are many Twitch users who are skilled ITs and they are able to provide live tutorials for the Twitch community. If you have the talent you can always have your own followers from this gig.

My Final Opinion of Twitch

Is Twitch a scam? Definitely not! It is a legitimate platform that offers a huge income opportunities for people with a kick on live broadcasting and social video streaming. There are many categories that you can leverage to earn income as an affiliate, from sponsorship, partnership, donations and ads.

To prosper as a streamer at Twitch you need to build followers and need to be consistent in publishing contents to your channel. It is pretty cool to be able to earn from your passion in video games and other categories available from Twitch.tv.

Is TopBuzz A Scam? – Lets Find Out

Is Swagbucks an opportunity to make money?

IS SLICE THE PIE A SCAM? – JOIN IN FOR THE FUN

Is AirGigs a Scam? – Make Money by Singing Online