How does getting paid for shopping sounds to you? For most people who love to shop getting cash back or earning along the process sounds like a good opportunity to pass. Who does not like the idea of getting paid to shop for their favorite brands? Trunited offers this kind of an opportunity and before you raise an eyebrow and ask is Trunited a scam? you should read this Trunited review to give you better perspectives about what it can offer you.

Trunited was conceived by Dr. Nicolas Porter who envisioned creating a socialized commerce platform that will give opportunities to earn while you shop. The site offers cash back each time you purchase products from its participating stores or brands within its platform. The cash back you earn comes from the commissions Trunited earns from its clients and in turn the commission is then passed on to Trunited customers as cash back incentives. But there are more to this than meets the eye.

Trunited allows you to earn cash back incentives that work like a multilevel marketing or MLM. But it differs from the other MLM schemes because you earn commissions not only from your downline or people you refer to Trunited to sign up but you also earn from all the purchases made by your network. The system of compensation used by Trunited is called the Pay Plan 360. It works by calculating earnings using an algorithm that will determine how much commerce was generated by yourself and by your entire network. The product that you purchase has a corresponding reward point value and is determined accordingly by the contribution of other members of your network. You will earn bigger commissions if other vendors purchase more products that will generate higher reward point value.

However earning commissions from Trunited is not that simple and easy. From the start you will be pleased that signing up is actually free. This will give you an opportunity to invite others to sign up as Trunited customer and not as its member. You will only be eligible to earn cash backs once you sign up as its contributor and meet the requirement of making a purchase of any Trunited products with no minimum order and be able to invite at least one person who should likewise purchase a product from Trunited. This is not the end to qualify, however. You need to sign up for an annual fee of $99!

Aside from this Trunited also provides terms and conditions that will make you feel uncomfortable when using its service. It is quite alarming to know that Trunited reserves the right of removing its service anytime within an indefinite period of time without notice to its members. This gives them the right to disappear with your earned commissions disappearing on thin air too! Trunited also frees itself from accountability for information that may not be accurately described or stated on the site and there’s more. It does not warrant that the results from using the site will be accurate or reliable. Now that doesn’t sound right. 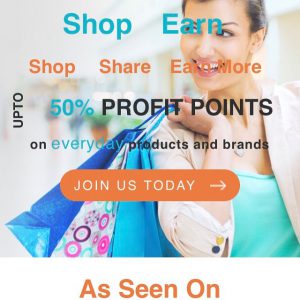 Signing up is free which gives you an opportunity to try out some products and the service initially before you invite people if you are seriously considering of signing up for the annual fee to qualify for its cash back incentive.

There is no way of knowing how the algorithm works that determines the total earnings of a network based on the earned reward point value. Trunited did not make this public nor explain how the algorithm calculates the earnings of its members. Its marketing campaign that signing up is free is a bit tricky since you will not be able to enjoy their cash back incentive unless you pay an annual fee of $99. The terms and conditions when using the service do not provide the consumers enough protection for their investments.

Trunited is beneficial for people who love to shop and like to earn cash back incentives. However, it is worth noting that if one wants to pursue the incentive they need to meet the requirements to qualify and become eligible to receive it.

My Final Opinion of Trunited

Is Trunited as scam? My answer is actually maybe. There is a thin line between it being a legitimate business and a scam considering the terms and condition that it provides on its site. Those conditions ring a warning bell to my ears that this could be a scam but not quite 100% scam as it provides legitimate socialized ecommerce platform where you get products for your money. Perhaps shopping from the site is legit but how you earn the cash back is questionable and may not be reliable.

Is Cash For Invite A Scam? – Invitation To Nowhere

Is FB Freedom Cash System A Scam? – Will It Work?

Is Home Cash Code A Scam

IS CASH WITH MATT A SCAM? – THIS GUY AGAIN!

1 thought on “Is Trunited A Scam? – Earning Cash Back Is It Profit?”