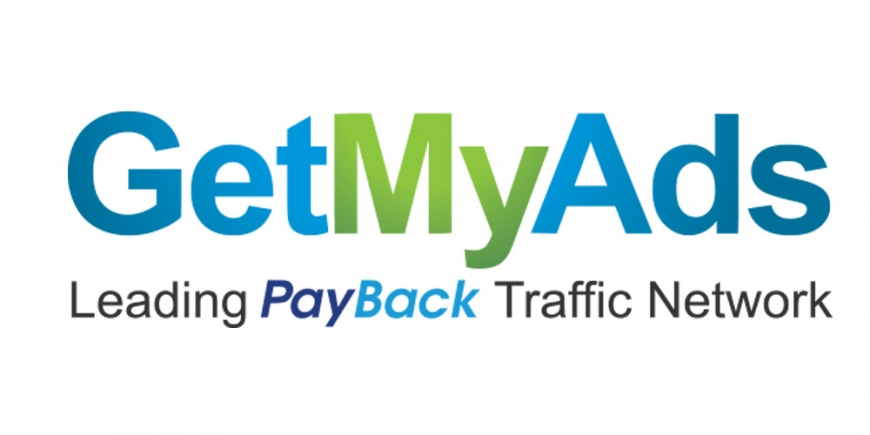 There has been a lot of buzz lately about GetMyAds and it has been getting quite an attention in the network marketing community. It promises that you can turn your $50 into at least $537 per day.

This article will answer the question in everyone’s mind who are interested if this online money making scheme is legit or a scam that promises a lot of instant profit but can’t deliver on those promises.

Name: Get My Ads

Price: Free to join. To advertise it costs a minimum of $50

Who is it for: Most of all for business owners who got something to advertise.

WHAT IS GET MY ADS?

GetMyAds or more commonly known as GMA, is the brain child of Frank Hanson, who also happens to be the company’s CEO and lives in the US Virgin Islands.  It is an ad pack purchasing sharing scheme where you can join for free and become an affiliate so that you can promote its system and then get your share of the profits. You actually make money through recruiting other members.

The company’s domain name was registered on December 4, 2015 but the opportunity was only launched recently. According to the website, Hanson has been very successful before and GetMyAds is affiliated with at least 75 traffic networks around the globe. 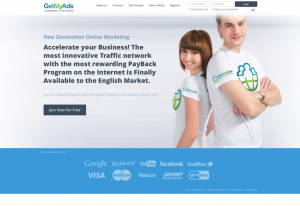 HOW DOES IT WORK?

In order to make money, GMA is just like all other ad purchasing system, you have to first spend money on your own ad packs. To purchase sufficient tokens, you have to have a minimum spend of $50 to get your very first ad pack. You have a choice to use these tokens to buy advertising to promote your own products or to recruit other members. Once you’ve created a downline and the people under you purchase ad packs, you start to make money. It’s basically your typical pyramid scheme, where the buying and selling of advertising is merely a facade so that the scheme will seem legit. The real idea is for people to get commissions from enticing others to buy ad packs.

However, the biggest problem with this kind of system is that they always come to a point where no one makes profit anymore, and a lot of people who have invested in numerous ad packs will eventually lose a lot of money. Since nothing is being produced, the system will not be able to sustain itself.

There are no actual products being offered by GMA, it is simply an advertising website where you can buy tokens to advertise on their site. Each token costs $50 and you can buy up to 1000 tokens. Aside from this, you can earn commissions through referrals by marketing the actual membership.

Without a product line, GMA is actually relying on investments from their members to remain in business.

GMA’s compensation plan is a unilevel that pays 2 levels deep, where you can earn a commission whenever you sponsor a member that invests $50. The exact return of investment is not specified but is does state that it has always been around 1% or more per day.

A mentor bonus is also mentioned as part of their compensation plan and bonus levels where you can go up a rank by buying more tokens.

There isn’t much information about what you can actually get from this, other than this:

“Bonus Levels are measured by the amount of tokens that’s purchased by your team. Of course you will earn more commission when you reach higher levels but you will also get more Services in GetMyAds. The higher your Level is, the more you will get access to leadership training’s, insider meetings, Incentives and special seminars.”

WHO IS THE TARGET AUDIENCE?

Anyone who is looking for a quick and easy way to make money online. This scheme is not suitable for anyone looking for a sustainable long-term business.

The problem with this company is that it is heavily dependent on recruiting other people to generate income from the actual tokens invested by the affiliates and there are no other sources of income.

Once yo’ve had a look through its compensation plan and all of its offers, it will not take long for you to realize that GetMyAds is operating as sort of a Ponzi scheme. As per their own words:

“40% of the value of a token goes into out PayBack pool where every customer will benefit from. The PayBack Pool is dynamic but since we’ve founded GetMyAds it has always been approximately 1% or more per day that we have paid for every Token. The size of the Pool depends on the amount of Tokens we’ve sold recently.”

And that’s on top of all the other mumbo-jumbo information pertaining to who is running the company itself.

As with all other Ponzi schemes that have come before it, it will likely collapse once newly invested funds and levels of recruitment die down. The majority of people who invested will definitely end up losing out, and whoever is behind this company will most likely run off with the vast majority of the money

Is The Infinity Downline A Scam? – Another Pyramid Schemes

Is The Vip Team A Scam? – Where The Money Coming From?